"Behind this is just a natural curiosity in what's around us."
~Dale Dougherty

The focus of this year's Open Make sessions have been on materiality, and the January 15th session was all about plastic. Each session has three parts: the Open Make at the Tinkering Studio, plussing sessions with Tony DeRose, and Maker Interviews held with Dale Dougherty in the McBean Theater.


In the Tinkering Studio, one could use a film canister, a piece of pvc pipe and a latex glove to make a membranophone, a diy instrument with a surprisingly good sound. 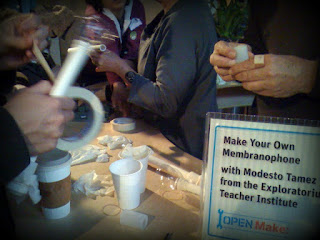 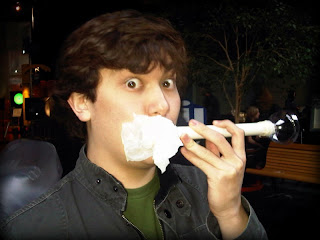 Later at the plussing session, Tony described a rough timetable for projects: exploring ideas in January, narrowing them down by February, having a pretty clear project plan by March, and making good progress on the project by April.
Every Young Maker at the plussing session received a Maker's Notebook in which to track their project. The notebook is like a Moleskine with graph-paper pages, a sleeve in back containing two sheets of maker-oriented stickers, and a short reference section which encompasses everything from common technical abbreviations to adhesive charts to lists of Mercury Retrogrades and best places to dumpster dive. The kids were all over these. 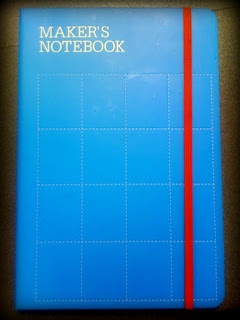 January Makers were CJ Huang, Virginia Fleck, Lanny Smoot and Shawn Lani. The tiny auditorium was packed; you can actually get a better view via the webcast here. 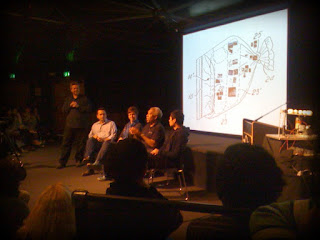 At the end, the floor was opened for questions for the Makers, among which were:
1. What is your favorite tool?
2. What inspires you?
3. Have you ever made a working miniature car?
4. . What's the biggest creative challenge and how did you overcome it?
5. What is your success-to-failure ratio?
Future Open Make sessions focus on the following materials: cardboard in February, metal in March, and wood in April.
Posted by Yolo Makers Group at 6:10 PM