We did not get to the Open Make this month, but there is a great post about it up on the Make blog here.


We'll see you there next month, when the theme is Tools.
Posted by Yolo Makers Group at 2:18 PM No comments:

Young Maker in the White House

"Congratulations. You guys are all outstanding—I'm really impressed with this."

~President Barack Obama
Joey Hudy is a Young Maker from Arizona who has shown projects in the Bay Area, New York and Detroit Maker Faires. Today he demonstrated his marshmallow cannon to President Obama as part of a special White House Science Fair.
Dale's post on the event can be seen at the Makezine blog here.
Posted by Yolo Makers Group at 8:44 PM 1 comment:

"I started out, I suppose, when I was 5 years old. I got my first Lego set, and I tore open the box and did not look at what was on the front of the box or any instructions; I just started building. And I think that was one of those first moments when I just let creation and imagination take over."
~Nathan Sawaya, artist 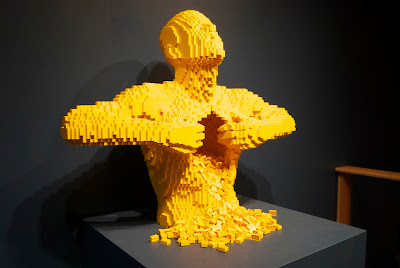 It's that time of year already. The first Open Make at the Exploratorium was held on Saturday, January 21st. It seemed a little less crowded than last year. 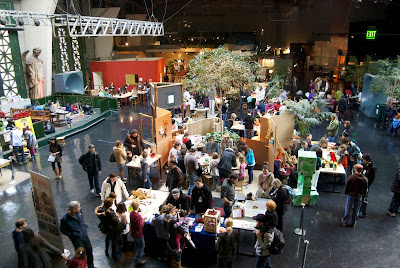 Which is a surprise, given that the theme was Toys. Perhaps the beautiful weather had something to do with it.


Dave Teare had his life-sized Operation Game on display. He explained that he had originally created it for a school carnival, then decided to take it to the Maker Faire. One of the most basic project ideas is to enlarge or miniaturize something, which usually adds complications beyond a simple size change. In this case, Dave had to work out how to wire the circuit into a continuous unit rather than making lots of single circuits for each operation. 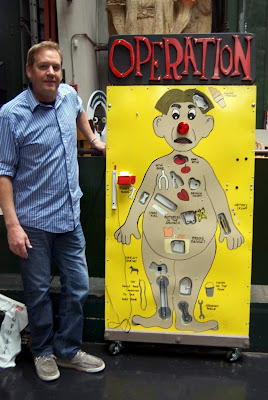 In the Tinkering Studio you could create jewelry from old toy and game pieces: 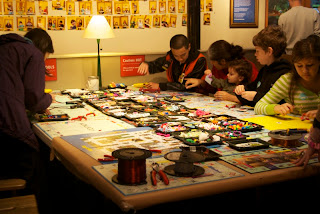 While on the floor, there was a toy dissection lab for looking at the insides of mechanical stuffies: 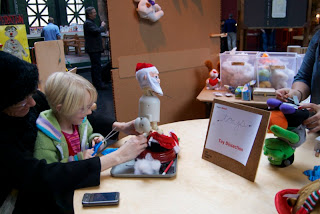 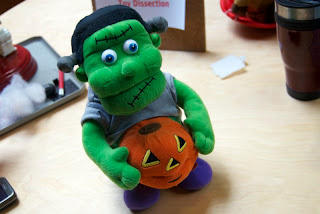 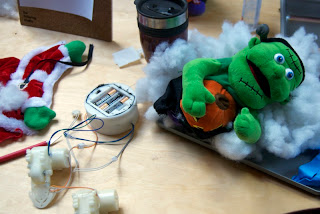 As this was the introductory plussing session for the year, Tony gave everyone a rough schedule to work towards:

There will be no meeting in May, as it is Bay Area Maker Faire month. The Maker Faire dates have been announced as May 19-20.


The Meet The Makers program featured

The webcast of this program can be seen in its entirety here.
Posted by Yolo Makers Group at 3:24 PM No comments: